The Growth of Unstructured Data

1. Data about their customer

4. Product information like characteristic features of the various insurance plans

6. Data on the company's agents

However, in recent years, with technology getting smarter, faster, and more widely accessible, companies' amount and type of data have changed drastically. Trends such as a surge in social media usage and easy availability of cameras in cell phones have resulted in much data being available to companies in the form of images, videos, audio, and free text. Even for the companies, the cost of dealing with this kind of data has gone down significantly with cloud storage and cloud computing availability.

Insurance companies naturally possess and deal with a good deal of unstructured data, a few examples being:

Let’s take the example of an auto insurance company, determining the damage to a car using images.

This image by itself cannot be used as an input feature. Deliberate feature engineering must be done to define edges, corners, contours, change in shades, etc. by different calculations using pixel values.

Artificial Neural Networks (ANN) are a set of algorithms inspired by the human nervous system's anatomy. ANN models are composed of multiple layers, and each layer is composed of several neurons. Each of the neurons receives information as input from the previous layers and passes on its calculations as output to the next layer. These layers and neurons together form a network, which is called as the artificial neural network.

Why do artificial neural networks perform better than classical models for unstructured data?

Taking the example of an auto insurance company accessing the damage to cars using car images:

This is a classic example of object detection. The purpose of the problem is to detect dents and scratches.

Convolutional Neural Network (CNN) is a special kind of ANN that works best for image analytics. Image analytics can get quite complicated as each image is composed of a large number of pixel values. If the image is colored, that also adds to the complexity. CNN modifies ANN to reduce the complexity of this input while retaining the algorithm's ability to discern the various features from the images.

Like every other ANN, CNN may also be composed of many layers. To detect the defects in the car image, the earlier layers of CNN may be simply detecting only the vertical and horizontal edges. Each successive layer detects increasingly complex features till the final layers can finally detect the dents and scratches in the car image.

CNN works better than the classical methods, as no domain or technical expertise goes into defining what features are critical in defining dents. The CNN algorithm optimizes its feature detection in such a way that the accuracy in detecting dents is also maximized.

CNNs have a lot of potential in the health and life insurance market, where companies deal with a lot of images like X-rays, MRI scans, etc. The companies can use CNNs at the stage of underwriting. The models can be used to identify abnormalities in these scans faster and with higher accuracy. This information can be used to access the risk and price the policy accordingly.

The models can also be used to examine the scans at the time of claims and possibly even identify fraudulent cases. While such use cases surely need medical personnel's expertise, artificial neural network models can help speed up the process and identify more accurate evidence.

Recurrent Neural Network (RNN) is another type of ANN that is primarily tailored to look at sequences as the input. The most common application of RNN is that of text, which is represented as a sequence of words.

The benefit of using RNN in such cases is that it has an internal memory that considers the words in the text and the order in which they appear. This optimizes the accuracy with which it recognizes the text sentiment.

CNN and RNN are just two examples of most used ANNs for unsupervised data. Artificial neural networks and deep learning have been around for a long time. They were not used widely until recent times as ANNs were computationally expensive in terms of time and cost. Between computation becoming cheaper and faster, and data becoming more accessible and more varied, artificial neural networks applications to unsupervised data continue to grow.

Are you trying to extract unstructured data insights to better connect with your customers? Click on the link below to get more information. 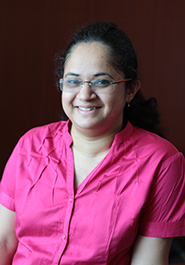 Neeraja has a Post Graduate degree in Economics from Mumbai University and is a part of the data sciences team, responsible for developing statistical models for products.